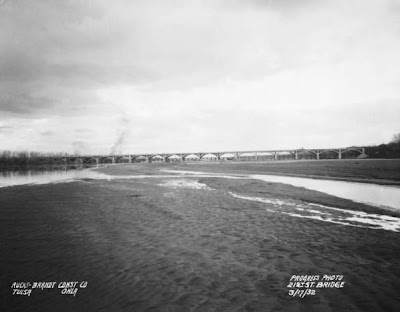 The 21st Street bridge across the Arkansas River was completed in 1932. The water level in the Arkansas varies considerably according to the amount of rain falls upstream. The riverbed is very sandy and a number of commercial sand dredging operations are located on the river across the state. When the bridge was being constructed the water level was so low that equipment could work from the channel. 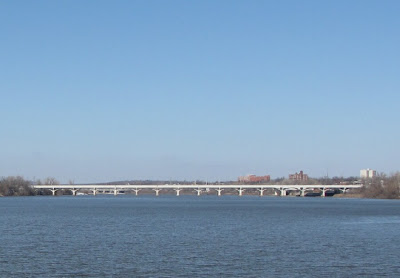 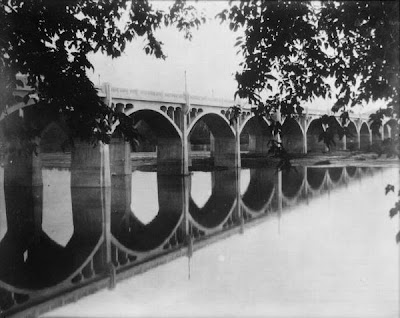 The bridge originally had decorative risers and guard rails. 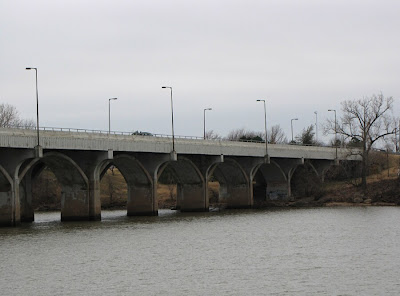 The bridge assumed a more utilitarian appearance after its 1984 expansion.

The Spans were strengthened, the deck was widened, and a Riverside exit ramp was added. 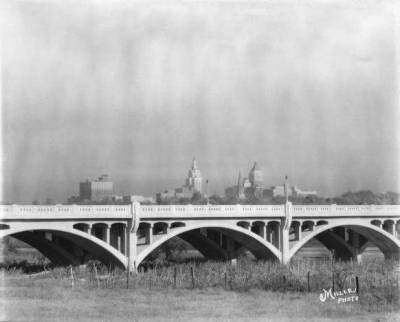 Looking north at the 21st Street Bridge and the Tulsa skyline in 1932. 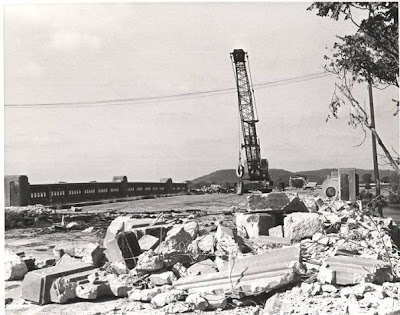 The 21st Street bridge project began in early September 1983 with the demolition of the old bridge railings and the three spans over Riverside Drive. 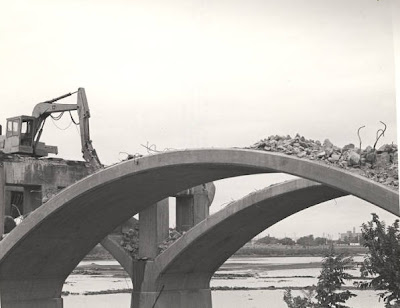 The 21st Street bridge's deck is beginning to vanish into history as work has started on removing the deck to the arches. The bridge's arches and footings are sound, but the deck above the arches is deteriorated. This portion of the bridge will be removed and replaced, while the arches will remain intact. 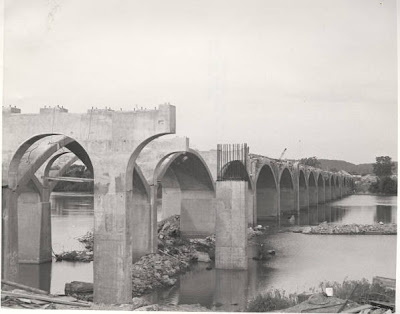 Work has started on removing the road deck at the west end of the 21st Street bridge. Pier work is continuing on the bridge, and work is underway on building a pedestrian ramp from the new bridge's future bicycle lane to the Riverside Drive bicycle trail. 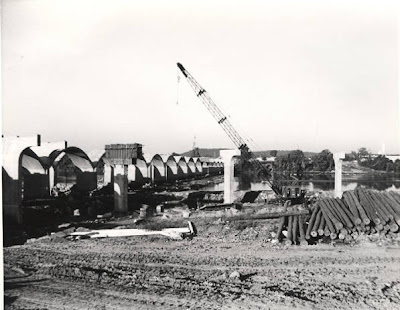 The new ramp connecting the 21st Street bridge with Riverside Drive is moving along as two piers are complete and a third pier is nearing completion. 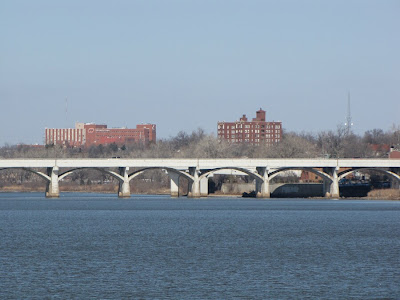