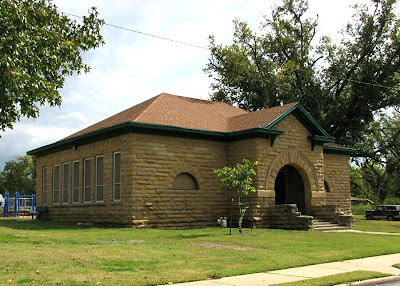 Dawson was one of many small communities established after the land rush in 1889. It was annexed into the city of Tulsa in 1948. Present day Dawson is bounded by Apache on the North, Pine on the South, Yale on the West and Sheridan on the East. It was the location of the Smith Brothers coal Pit, a strip mining operation. 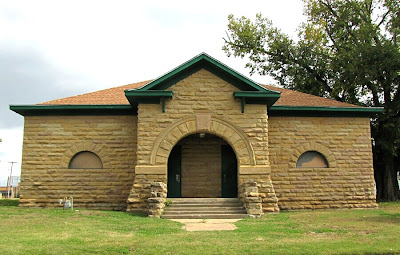 The Dawson School was constructed in 1908 and served as both school and community center for Dawson. The Dawson School is a sandstone, Romanesque style, two-room building. It is an excellent example of a schoolhouse built after the post-statehood school building boom. 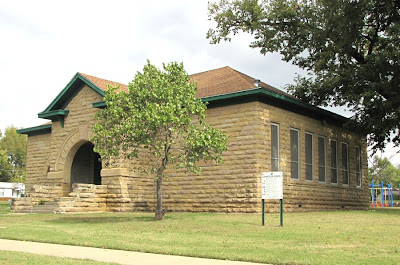 Originally, there was a bell tower atop the porch, however, it was removed at an unknown time. Decorative details include an arched partial porch, two semicircular windows flanking the porch, a boxed cornice and gable returns. Dawson School was an important center for Dawson community activities. The school was the only municipal building in Dawson until 1942 when the firehouse was built. (Excerpted from Tulsa Preservation Commission)
Posted by Unknown at 9:32 PM