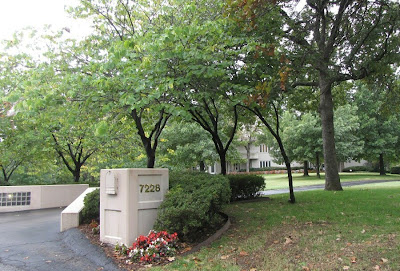 Howard J. Sherman originally built this two-story house of steel reinforced concrete on a hilltop in the country 7 miles south of downtown Tulsa. He called his property "the farm" and raised turkeys there. 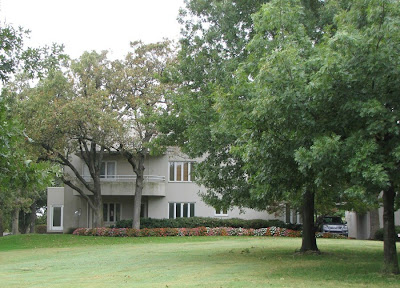 Mr. Sherman was the seventeenth employee of the Phillips Petroleum Company in Bartlesville. He later moved to Tulsa to form McIntyre-Sherman-Cummings which obtained interests in the Texas Oil Field discovery of 1936. 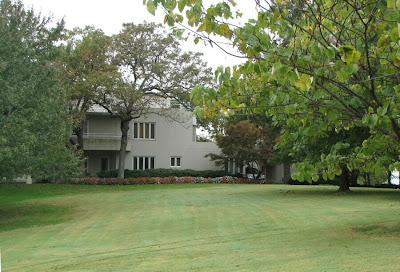 This house is vertically massed with open decks topped with a triple pipe railing. There is a curved second floor balcony and a porte cochere allowing automobile approach to a side door.

What was out in the country in 1937 is now a neighborhood of beautiful homes on spacious lots In what would be called "near South" Tulsa. (Excerpted from Tulsa Preservation Commission)
Posted by Unknown at 1:57 PM