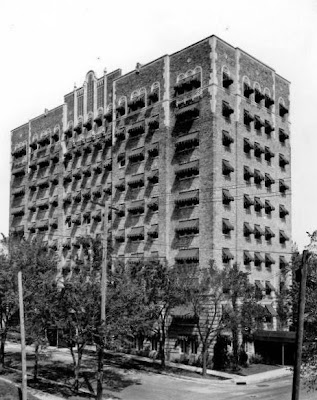 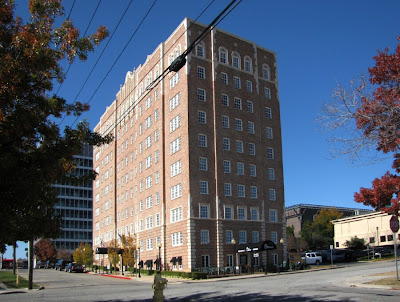 n 1929, General Patrick Hurley introduced the Ambassador Hotel to Tulsa. One of the first "extended stay" hotels, the Ambassador was created to provide upscale temporary housing for oil barons and their families while their own mansions were built. The ten-story Mediterranean style building is one of Tulsa’s most beautiful structures, graced with Italian terra cotta relief panels and limestone cornices. Hurley never got to bask in the elegance of his hotel. About the same time as the opening, Hurley was appointed to the Secretary of War post, the first Oklahoman cabinet member.

After the oil business decline, the hotel became senior retirement housing, and closed entirely in 1987. In 1997, developer Paul Coury and a group of civic-minded citizens purchased the property to begin the $5.5 million renovation to restore this historic structure to its early day elegance.

The Ambassador is also the location of The Chalkboard, one of Tulsa's finest restaurants.

For more information see the website for the Ambassador Hotel 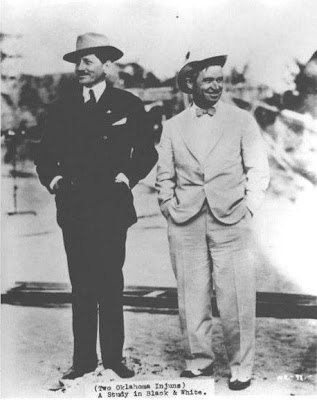