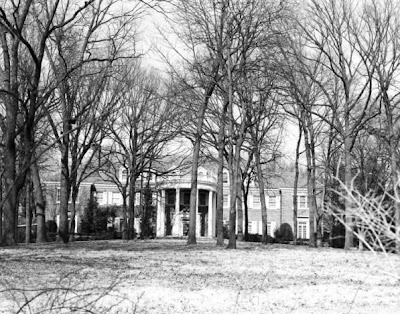 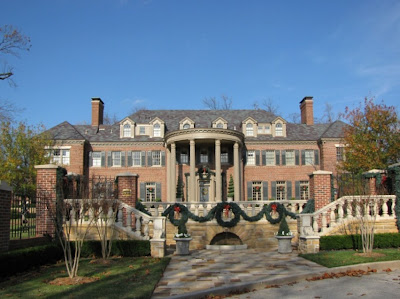 This elaborate Colonial Revival style residence was owned by oilman Foster Brooks Parriott. Designed by the Kansas City, Missouri, architectural firm of Boillot and Lauck, the house exhibits many of the characteristics of the style, including a hipped roof with gabled dormers, dentils, modillions and a simple frieze. It has an elaborate entry surround, including a swan-neck pediment. The house and outbuildings are situated in a fenced lot of 50 acres and the overall estate is most impressive. 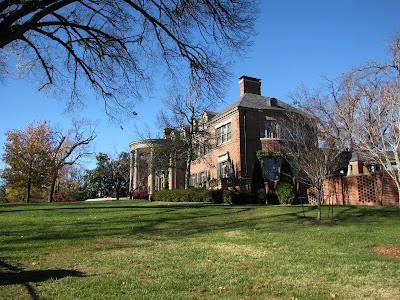 The black and white photo was taken not long after the house was built. Since that time the grove of small trees has been cleared and an elaborate street side entry has been added. The Christmas decorations are in place for the season. 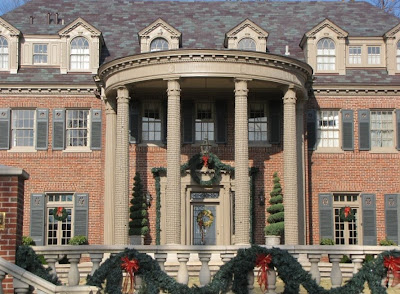