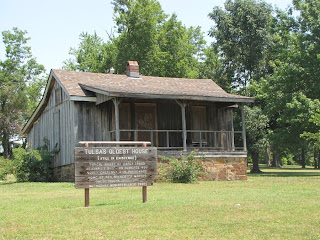 This simple rectangular plan, side-gabled house is of the National Folk style predominant during the late nineteenth century. A centered entry door is flanked by two single-frame windows and covered by a colonnaded, open porch with a shed roof. 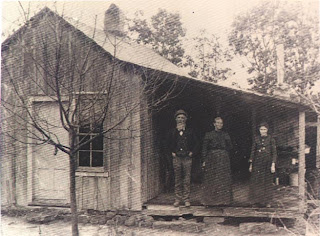 Originally located on the 400 block of North Cheyenne Avenue, this was the parsonage home of Reverend Sylvester Morris, a Methodist missionary, who founded many churches in and around Tulsa, including St. Paul's Methodist on Cherry Street. 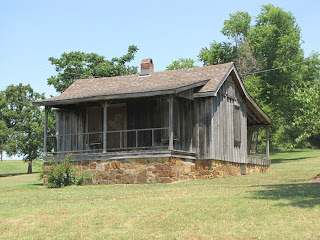 The house was moved to the present location in 1976 after intruders set fire to it. The fire brought the house to the attention of historian Beryl D. Ford, who found within its plaster walls letters to Morris dated in 1895 and a photograph of the house. Reverend Morris, a Methodist minister, was reportedly shot and killed by lawmen who had mistaken him for a whiskey peddler. His horses continued on home, bearing his body in the carriage. 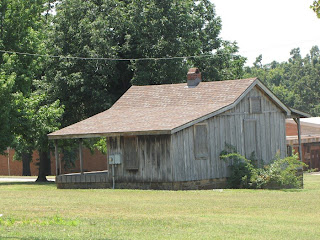 Although 1885 may not seem that old to some, it pre-dates the first Land Rush of 1889 when the first of the Unassigned Lands were available for settlement. The land run started at high noon on April 22, 1889, with an estimated 50,000 people lined up for their piece of the available two million acres (8,000 km²). Initially known as Indian Territory, Oklahoma only became a state in 1907.
Posted by Unknown at 1:44 PM