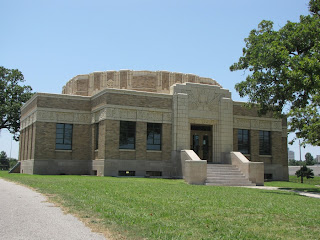 The Tulsa Fire Alarm Building is a historic Art Deco building in Tulsa, Oklahoma. It was built in 1931 and served as the central reporting station for the Tulsa Fire Department. Fires were reported from alarm boxes spread around town to this building and the firemen in this building would alert the fire station closest to the fire. At the time of its construction this system was the best available alarm system. 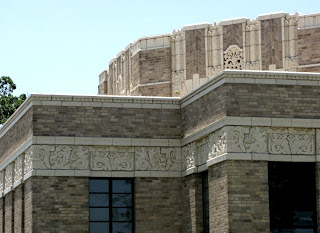 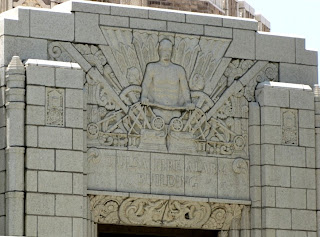 The building was designed by architect Frederick V. Kershner and inspired by a Mayan temple design. The building has an extensive terra cotta frieze program, with several fire-related motifs. A recurring theme on the front facade is a double-headed dragon. The large frieze over the front door has a male figure holding in his hands Gamewell alarm tape (part of the first alarm system used in this building) who is flanked by two helmeted firefighters. (History courtesy of Wikpedia)