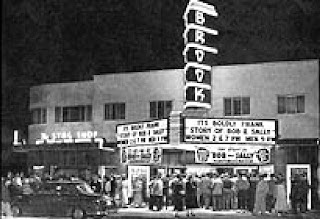 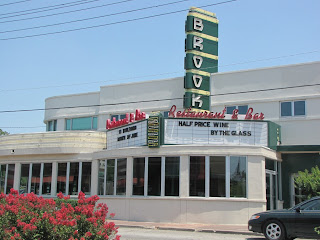 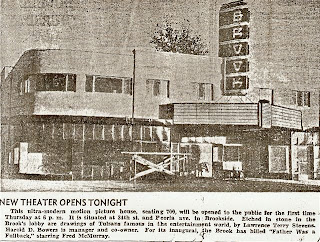 The grand opening of the Brook Theater in 1945 as reported in the Tulsa World. 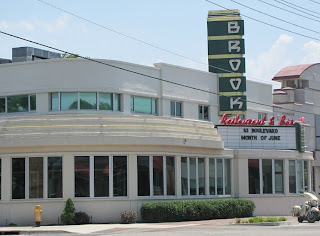 The Brook Restaurant and Bar

The Brook Theater, located in the Brookside District was designed by William Henry Cameron Calderwood in the Streamline style of Art Deco architecture and opened in 1945. It was a 600 seat movie theater famous for its "Saturday afternoon matinees" and the longest run of the movie "South Pacific" in a single theater in Oklahoma—over one year! Since that time, it served as the home of the American Theater Company for about 15 years and then was transformed into The Brook Restaurant and Bar which operates today. One of the mementos of its history as a movie house is an enormous projector just inside the door.
Posted by Unknown at 3:58 PM