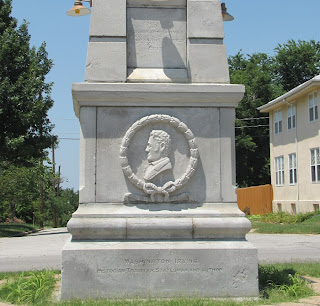 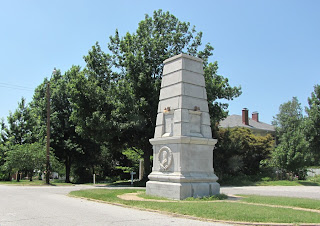 In 1832 a group of U.S. Rangers with civilian observers came through this area. Among them was Washington Irving, perhaps the best known American author of the time. On October 14, the party was traveling to their camp destination at the convergence of the Cimarron and Arkansas Rivers. Pausing briefly at a lookout point, Irving enjoyed the panorama from the hilltop in the Owen Park neighborhood. The descriptions of the view can be found in his book, Tour of the Prairies. A monument to this event stands at the corner of Easton Boulevard and Vancouver Avenue. This monument was erected and donated to the public by Mr. and Mrs. Gabriel Norman Wright in 1915.
Posted by Unknown at 9:10 PM