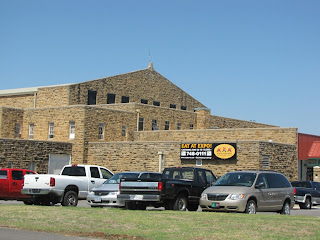 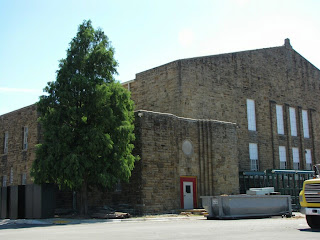 Like most of Oklahoma's National Guard Armories Tulsa's was a WPA project. It is the second largest armory in the state and was built from native stone. The Oklahoma National Guard has a newer facility on North Mingo and no longer uses this facility. The ownership went back to the city of Tulsa and it has been used for a number of things. There was an earlier plan to demolish it to clear fairgrounds space for something else. The resulting public outcry has persuaded the city council to cancel those plans and a number of possible uses are being considered. The cavernous open space of the main structure could be host to any number of events. I remember taking my dog there for obedience training back in 1966.
Posted by Unknown at 9:19 PM