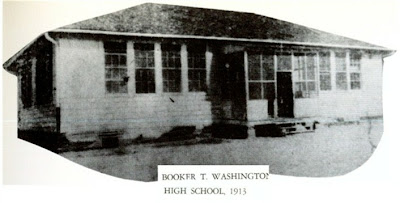 Legally segregated schools for African-American students began shortly after Oklahoma became a state in 1907. In 1908, a two-room frame school building was constructed on Hartford Avenue between East Cameron and East Easton Streets. The small school served grades 1 through 8. In the fall of 1913, Dunbar Grade School began operation in an eighteen-room brick building and a two-room frame building located at 326 N. Hartford Avenue. That first year’s enrollment included 241 lower grade students and 7 high school students. That same year the original Booker T. Washington High School was constructed. Its four-room frame building, designed by Leon B. Senter, was located at 507 E. Easton Street. Its first principal was E. W. Woods. This is now the center of the OSU Tulsa campus just north of Greenwood and Archer.

As Tulsa grew the four-room school soon became inadequate. A larger 3 story brick school was built on the same location in 1920 which served Tulsa's African-American community until 1960. 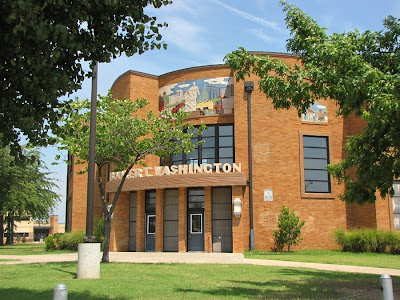 The third Booker T. Washington High School at 1631 East Woodrow Place began serving students in 1958. The first class to graduate from this school was the class of 1961.

The Tulsa Public Schools district was slow to react to the U.S. Supreme Court ruling that de jure racial segregation was unconstitutional in the Brown v. Board of Education decision in 1954, and the Civil Rights Act of 1964, which outlawed all racial segregation in the United States. However, in 1973 Booker T. Washington was chosen to be the vehicle for Tulsa's school desegregation program. At that time in Tulsa, most Caucasians lived in south Tulsa, whereas most African Americans lived in north Tulsa. As Booker T. Washington was built during American Segregation, it was in north Tulsa. The Tulsa School Board chose to bus in primarily Caucasian students who did not live near the neighborhood that Booker T. Washington had served, while continuing to accept students who lived near the school. This method was used by several school districts, and is called desegregation busing. 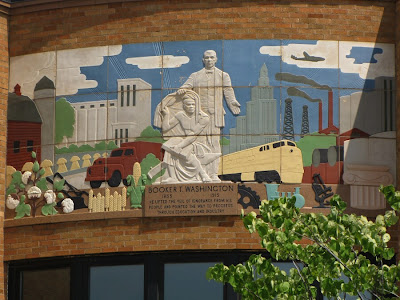 Although a fourth Booker T Washington High School was built in 2003, the front section of the previous school was retained for its historical significance.

After 1973, Booker T. Washington became a magnet school; it no longer had a home neighborhood from which students were accepted, instead, students had to apply for admission to the school and came from all over Tulsa. A racial quota system was established; until the 2004-2005 school year, 45% of the students accepted identified themselves as "white," 45% identified themselves as "black," and 10% came from "other" ethnic categories. However, because of the 2003 Supreme Court Grutter v. Bollinger and Gratz v. Bollinger decisions Booker T. Washington was forced to accept students using a different method. The school now uses a system that accounts for the geographical location in which a student resides. Because Tulsa remains rather segregated, this method maintains the ethnic diversity created by the old quota system. 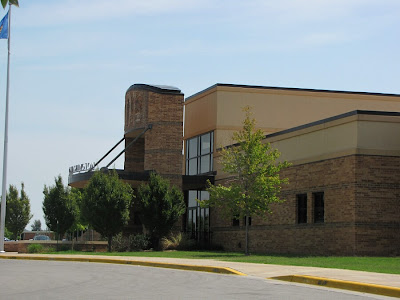 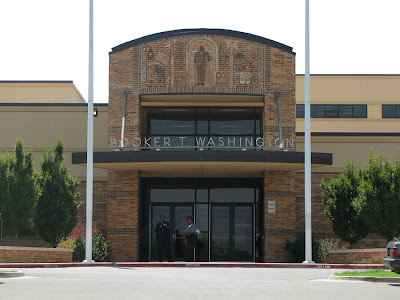 Booker T. Washington High School’s new 213,000-square-foot building was completed in the fall of 2003, as the school began its 90th year. The new high school is an unique achievement; a state-of-the-art, expansive, and technology-rich facility that also celebrates a distinctive heritage within the Tulsa community. The top public high school in Oklahoma, Booker T. Washington is also one of the top-rated schools in the nation. The 1,250-student school is considered a cornerstone of north Tulsa’s African-American community: it began as a one-room segregated schoolhouse in 1913, and in 1973 it served as a model for Tulsa Public Schools’ voluntary desegregation program.
(photos courtesy of Robert Hicks and the Beryl Ford Collection/Rotary Club of Tulsa, Tulsa City-County Library and Tulsa Historical Society) (Excerpted from Wikipedia and Tulsa Preservation Commission)
Posted by Unknown at 2:28 PM