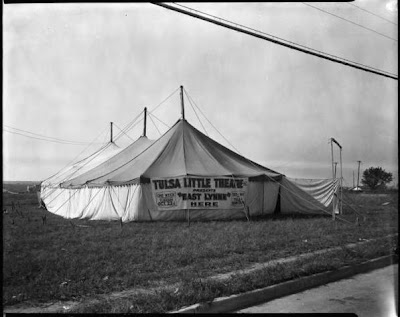 The Tulsa Little Theater was organized in 1922 and performed plays in a variety of locations; large canvas tents, movie theaters and even at the American Legion. By 1925, the Little Theater group numbered over 300 members and began to perform at the Alhambra Theater at 15th and Peoria.

In 1929, the Little Theater purchased the property at 15th and Delaware, which would be its home for the next 60 years. East Lynne, the first production at their new location was performed in a tent. Despite the depression, the Tulsa Little Theatre continued its performances and in 1932 completed its permanent building. 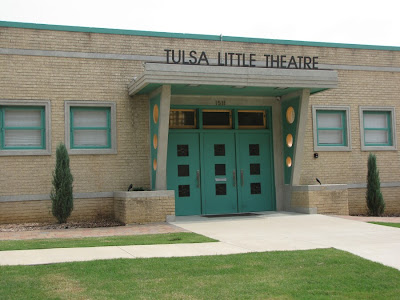 In 1932 a theater was built in a plain art nouveau style. The first show produced in their new building was the Cradle Song. During the 1930's and '40's, the Delaware Playhouse, as it became known, was the epicenter of Tulsa's arts and entertainment scene. Over the years, the theater hosted hundreds of plays and entertainment events as it went through multiple directors and saw actors come and go.

Over the years the theater suffered a series of fires and other disasters as it changed hands several times. By 2004, the building had fallen into serious disrepair. It was at this time that Tulsa attorney Bryce A. Hill was looking for a midtown location for his law office. 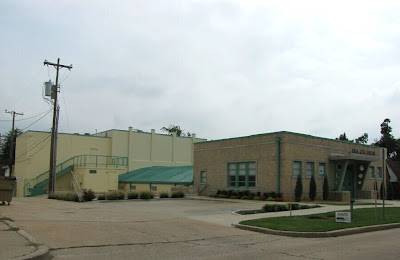 In 2004, Bryce and Sunshine Hill purchased the property and began a massive restoration process that took 14 months to complete. Today, The Tulsa Little Theater is a modern, state-of-the-art facility with a capacity of 260 people. During the restoration process, great care was utilized in maintaining the historical ambience as well as adding many new features for the Tulsa Little Theater. In addition to the theater, the law office of Bryce Hill is located in the front portion of the building.
There is a nice web site with additional information about the Tulsa Little Theater. It has an interesting history, and even a few ghosts. You can find this story HERE.
Posted by Unknown at 1:00 AM