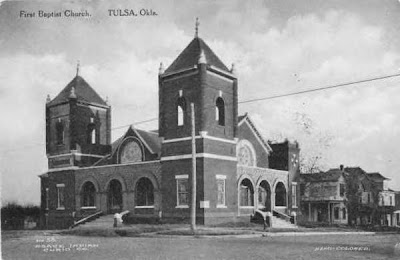 First Baptist Church in downtown Tulsa has a history that coincides with the earliest days of the city, when Tulsa was a small Indian Territory trading post on the banks of the Arkansas River and known affectionately as “Tulsey Town.”

Today, the church is situated at Fourth Street and Cincinnati Avenue in a complex of several buildings and has a congregation of over 3,000. It originated as “Missionary Baptist” in May of 1897. The Reverend W.A. King, district missionary of the American Baptist Home Mission Society, a revival team and 12 others were the founders and first members. In her book about First Baptist’s history, “The Story of a Church: Highlights of the First Hundred Years,” author Alice Heath describes the church’s first services, which were held in the Mowbray Furniture Store and Undertaking Parlor on South Cincinnati Avenue between Second and Third Streets.

Within four months, the congregation had grown to 76 members. A year later, the church members had managed to construct their own building on Cincinnati Avenue between First and Second Streets, thus allowing the members to relocate from the furniture store and undertaking parlor. Although they had a new building they did not have baptizing facilities, so new members continued to be baptized in the Arkansas River. 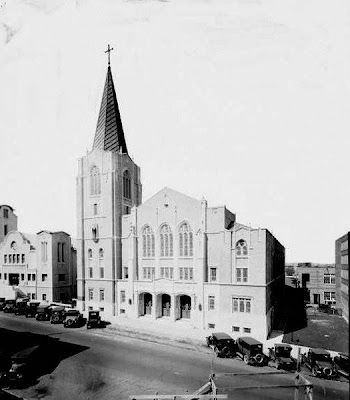 As the town grew so did the church and by statehood in 1907, according to Heath, “Tulsa Baptist” as it was then called, began steadily evolving into First Baptist and the church it would become today.”

The first few decades of First Baptist’s history were punctuated by financial difficulties, a common problem among new and growing churches. Despite initial struggles in the beginning years, the church continued to grow steadily and in 1927 opened a new sanctuary with enough seating for 2,200 people. Things were rosy until January 1929 when Pastor Dr. William Anderson tendered his resignation in order to follow a calling to a church in California. Anderson was succeeded by Dr. Robert Bateman, whose first year as Pastor coincided with the Great Depression. (photos courtesy of the Beryl Ford Collection/Rotary Club of Tulsa, Tulsa City-County Library and Tulsa Historical Society) 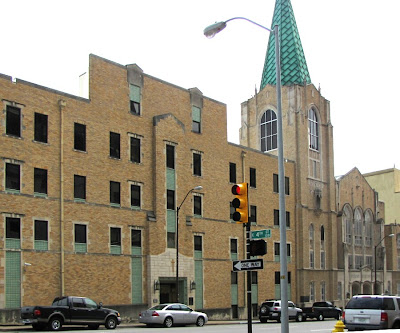 Though presented with a series of challenges over the years, First Baptist continually developed its outreach programs and by 1942 opened a new education building. By the church’s 50th birthday in 1947, church membership numbered 5,000 and at least 2,000 worshipers a week were attending services. Church programs continued to grow. The Women’s Missionary Union (WMU) was the largest in the Southern Baptist Convention with projects including a scholarship to Oklahoma Baptist University, support for a Children’s Home, a missionary in China and Hillcrest nursing students. Students in Vacation Bible School numbered over 600.

In April 1957 Dr. Warren Hultgren of Trinity Baptist in Lake Charles, La., arrived in Tulsa to succeed interim pastor Dr. Boyd Hunt as pastor of First Baptist. Dr. Hultgren would serve as pastor for 35 years, retiring in 1992. Deron Spoo, today’s pastor, says, “Warren Hultgren was a fantastic pastor and much loved in the community. Part of the strength of the foundation we are on is due to his leadership, integrity and pastoral care of the church.” He adds, “When Warren Hultgren retired he was replaced by Sam Shaw. He was also a wonderful pastor. We have been fortunate to have excellent, committed leadership. This is evident when you consider that over the past 70 years First Baptist has had only four pastors.”

(Excerpted from the GTR News)
Posted by Unknown at 12:58 PM