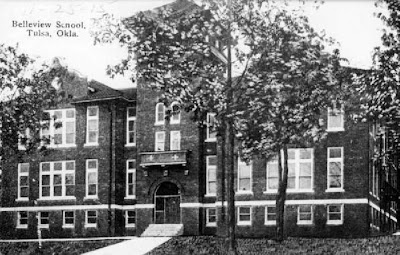 Built in 1909, Bellview School sits at the northwest corner of the Swan Lake Historic District. Until its closing in 1990, this elementary school was the oldest operational school in the city of Tulsa. (photo courtesy of the Beryl Ford Collection/Rotary Club of Tulsa, Tulsa City-County Library and Tulsa Historical Society) 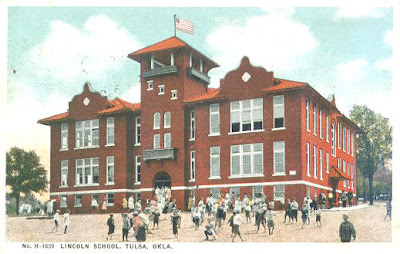 Originally named Bellview, the name was changed to Lincoln in 1914. The original three-story building was built outside the city limits and had no running water or rest room facilities. Perimeter buildings were added between 1916 and 1922. Patio areas originally extended off each classroom. These were later enclosed to make hallways. The bell tower in the original building was taken down in 1967 after being struck by lightning. (Post card from Familyoldphotos.com) 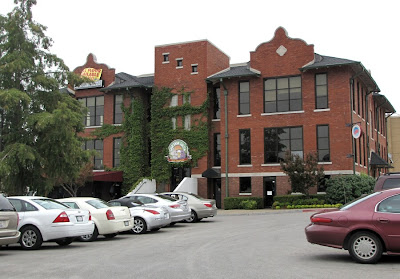 The west side is The Gray Snail Saloon. 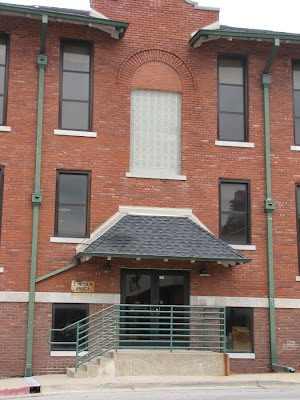 The entrance on the south (back) side still has the Lincoln school name.

The old school was converted into a retail/office complex in 1993 and renamed Lincoln Plaza on Cherry Street. A groundbreaking was held on July 9, 1993 by the developers, Orcutt Development Company (named in honor of the area’s founders). Architect Michael Dwyer developed the plans for the new center." 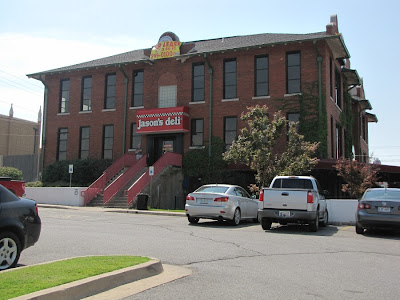 The north side faces Cherry Street and is Jason's Deli.

Today, Lincoln Plaza's shops and restaurants remain a busy and lively focal point of the neighborhood, enjoyed by people from all over the greater Tulsa area. This is also the site of the Cherry Street Farmers' Market on Saturday mornings from April to October. (Excerpted from Tulsa Preservation Commission)
Posted by Unknown at 3:02 PM