Brookside Then and Now 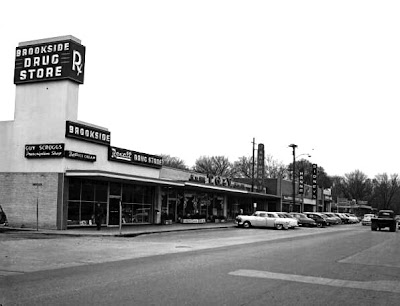 Brookside is the Tulsa neighborhood just south of downtown, from Riverside east to Lewis, and from 31st Street south to 51st Street. In 1954 this area was anchored by the Brookside Pharmacy, TG&Y Variety Store, C.R. Anthony Clothing, Hanna Furniture, and Sidney's Hardware. These businesses catered to the neighborhood living close by. Most of Brookside was built in the early 1950s and was inhabited by growing young families. (photo courtesy of Beryl Ford Collection/Rotary Club of Tulsa, Tulsa City-County Library and Tulsa Historical Society) 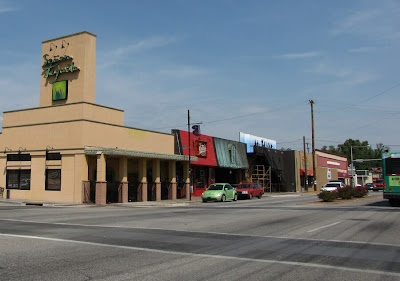 This area, like Cherry Street (15th Street from Peoria east), has become an upscale entertainment district. Senor Tequila replaces the pharmacy, and the rest are an assortment of bars, cafes, and clubs which cater to a wider, and more fickle clientele. Competition is ferocious and most of these places change hands every few years.

What a difference 55 years can make.
Posted by Unknown at 1:31 PM