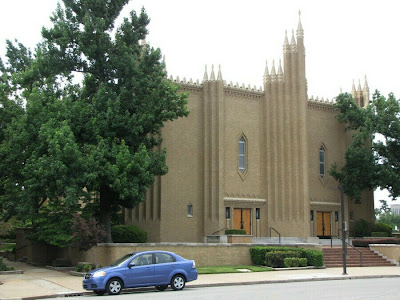 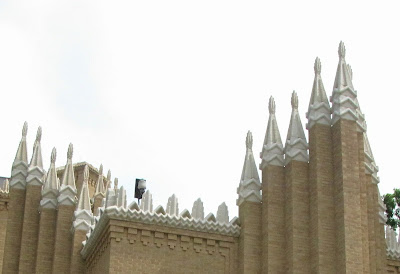 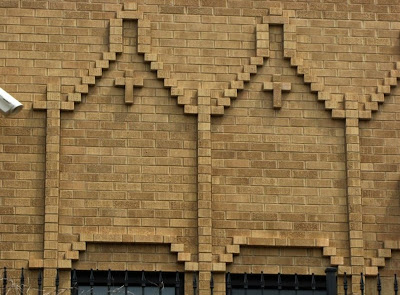 In the 1920s, Christ the King Church was considered innovative and, to some, radical. A combination of Gothic, Byzantine and Art Deco architecture, the church was designed in 1926 by Chicago modernist Francis Barry Byrne, a contemporary of Frank Lloyd Wright.

The church sanctuary is almost square and is built around the central carved limestone altar. Emil Frei, Inc. designed the mosaic of Christ which is empaneled behind this altar. Tulsa architect Bruce Goff designed the mosaics at the two side altars. The church’s stained glass windows, designed by Alfonso Iannelli and produced by the Temple Art Glass Company of Chicago, are described in Liturgical Arts Magazine as ranking “among the best to be found in the United States.” These windows depict Kings of the Christian era on the North side of the church and Kings of the Old Testament on the South side. The buff brick exterior includes terra cotta spires. Alfonso Iannelli was responsible for the terra cotta ornamentation on the exterior of the church and also produced the statues of Saint Joseph and the Virgin Mary found at the side altars.

The church was dedicated by Bishop Francis C. Kelly in May of 1928, and was the first church in the world to be dedicated with the name “Christ the King.”

Quoted from the Tulsa Preservation Commission.