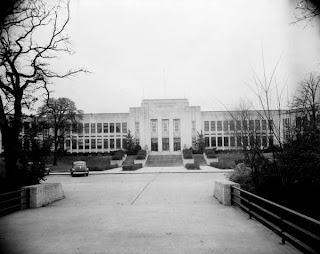 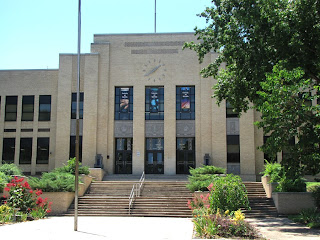 Tulsa Central High School had grown to nearly 5000 students by the early 1930s prompting the city of Tulsa to to build 2 new schools to open in 1938. On the east side was Will Rogers High School, and on the west side was Daniel Webster 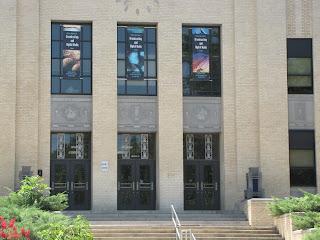 Cast aluminum plaques above the three entry doors present classic Greek motifs. The central plaque contains a Greek column ringed by a laurel. One of the side plaques contains a female figure and the other contains a male figure, each holding a torch lighting the way to knowledge. Two large metal torch lanterns also flank the front entrance. 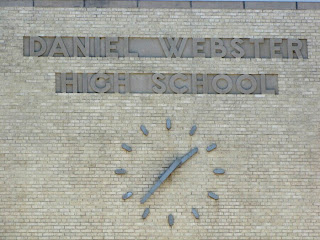 The school's main entrance is flanked with large rectangular columns which frame the school's name and large clock. The clock still works.
(Excerpted from the Tulsa Preservation Commission)
Posted by Unknown at 7:46 PM