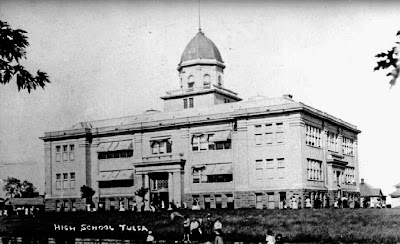 The original Tulsa High School was erected in 1906 at Fourth and Boston in downtown Tulsa. In 1913 it became the third school in the state to win accreditation. 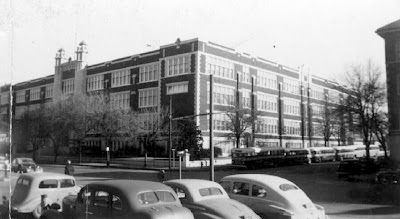 A new building opened in 1917 at the corner of Sixth and Cincinnati, and was enlarged in 1922. The Manual Arts building at Ninth and Cincinnati was added in 1925. Tulsa Central was at one time said to be the second largest high school in the country, and included indoor Olympic-size and lap pools, an indoor track, an extensive art collection, and a large pipe organ. 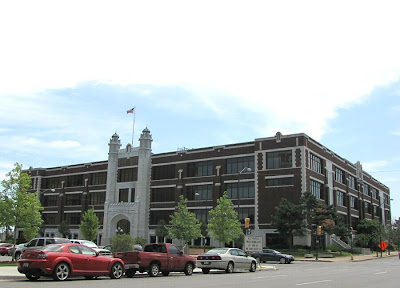 Central was Tulsa's only public high school for white students, and by 1938 it had grown to its peak enrollment of more than 5,000 students in grades 10-12. Finally, in 1939, Tulsa opened two new high schools: Webster High School in West Tulsa, and Will Rogers High School east of downtown. Booker T. Washington High School was established for African American students in 1913. Tulsa's schools were legally racially segregated by race until 1955, and remained segregated de facto at least into the 1970s, due to population patterns and school policies. 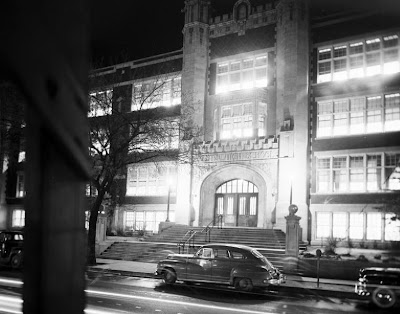 The construction of Tulsa's Inner Dispersal Loop freeway impaired the school's access to the outdoor physical education facilities at Central Park and Tracy Park. The cost of downtown parking was also a problem. These factors led to the decision to move the school out of downtown. The new 47 acre campus was opened in 1976, at 31st West Avenue and Edison Street, in the portion of northwest Tulsa that is located in Osage County. 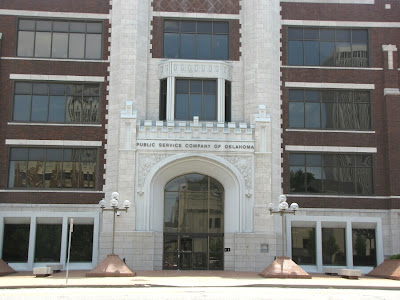 The old Central High School building at Sixth and Cincinnati was acquired by Public Service Company of Oklahoma ("PSO"). After a complete renovation and extensive interior modifications, it now serves as PSO's headquarters. The renovated and adapted building has been named a Tulsa landmark by the Tulsa Foundation for Architecture. The former Manual Arts Building at Ninth and Cincinnati is now part of the downtown campus of Tulsa Community College.

When I compared my photo of the main entrance with the old night view above it I noticed that the front doors have been lowered and the double set of steps eliminated. The old school was not handicap accessible, the remodeled PSO building is.

On a personal note, I did my practice teaching at Tulsa Central High School during the fall semester of 1963 under veteran Math teacher Jack Skelton. When I heard that Central was to be closed I was afraid it would end up demolished and used for a parking lot. Like a lot of Tulsans I was very pleased when PSO did such a fine job of renovating it into office space. I have always wondered what happened to the swimming pool. I guess I should ask.